The better-known meat dishes come in different styles depending on the region of origin: the spicy Adana; the mellow Urfa; the Antep, sandwiched between thick eggplant slices; a simple dürüm wrap in thin unleavened lavaş bread. The most famous is the İskender kebap, invented by İskender Efendi of Bursa in 1867, where razor-thin slices of lamb are smothered in yogurt, tomato sauce, and butter. 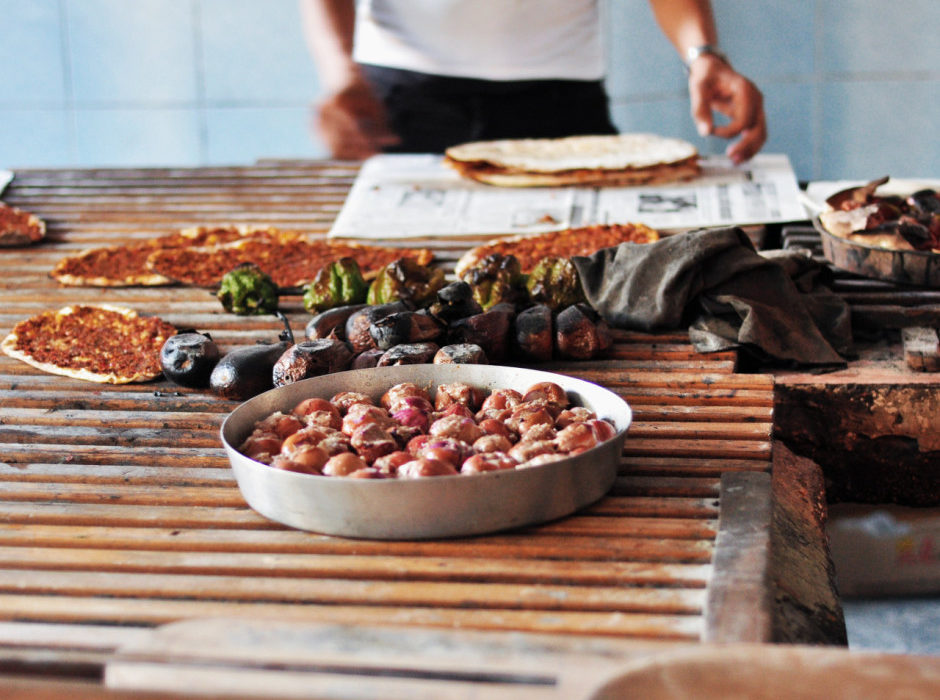 This humble snack traces its roots to the 16th century. Caravan travelers to and from Istanbul would load up on the bread rings in the nearby town of İzmit, which lent its name to this early example of fast food. Today the sesame-encrusted simit is both a breakfast staple and a popular street food. 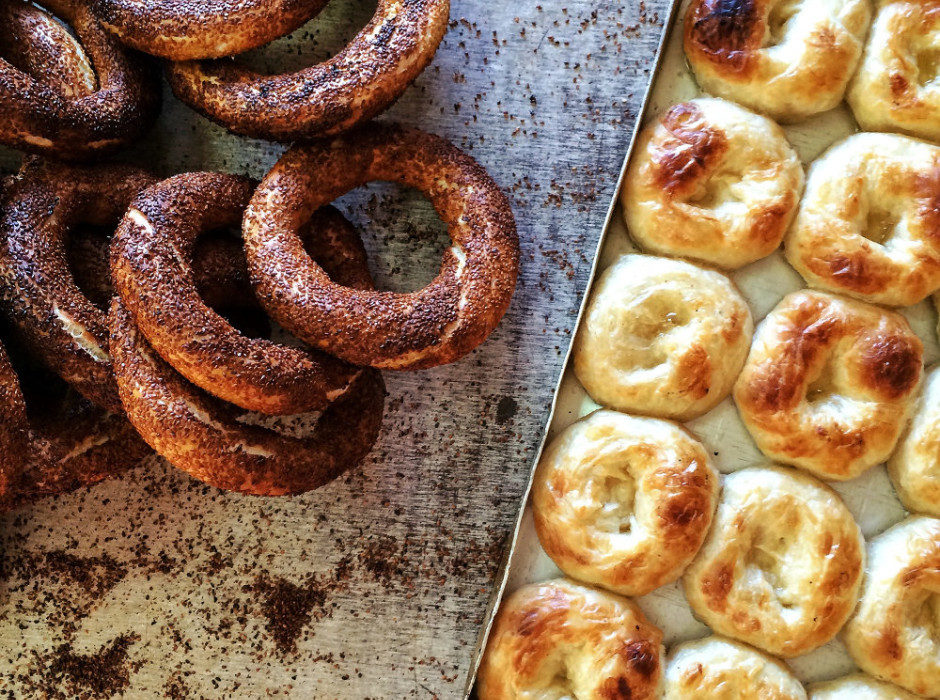 The Turkish breakfast will make even the committed night owl a morning person. Oven-fresh bread accompanied by honey and Turkish clotted cream (or kaymak), preserves like rose and fig marmalade, sheeps’ milk cheeses, and tomatoes and cucumbers drizzled in olive oil are standard fare, but every region has its own specialties. If you have any room left, try the menemen: runny scrambled eggs cooked with onions, green peppers, and tomatoes. 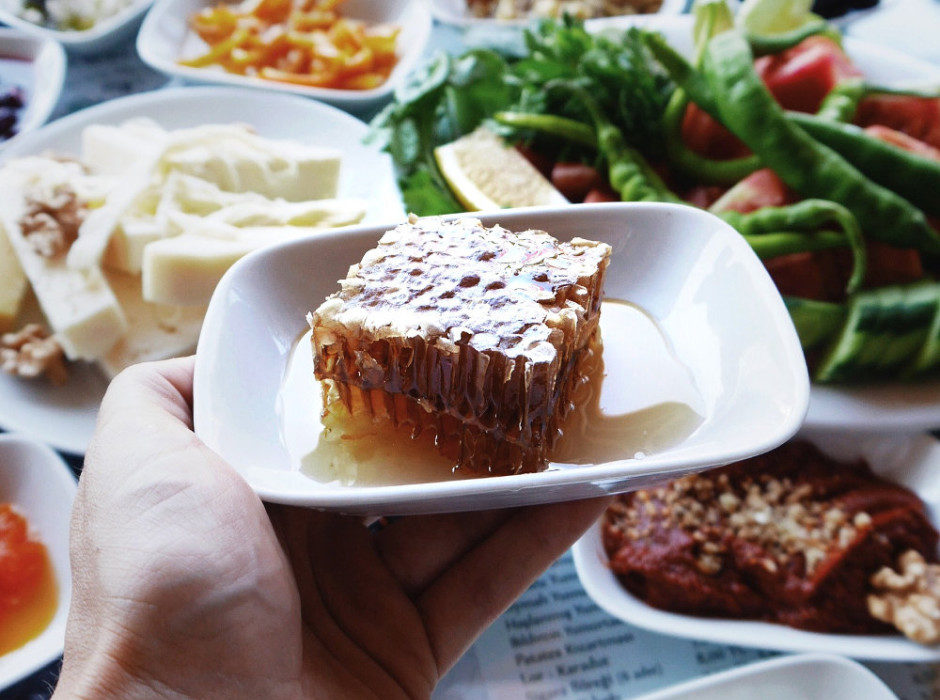 This dessert actually hails from Central Asia and spread from there throughout the Ottoman world. It eventually made its way to Europe, where the Viennese modified it as strudel. Today, the indisputable baklava capital is the city of Gaziantep, where the sweet stacks of fine filo pastry, drenched in milky honey and covered in pistachio nuts, are an art form. 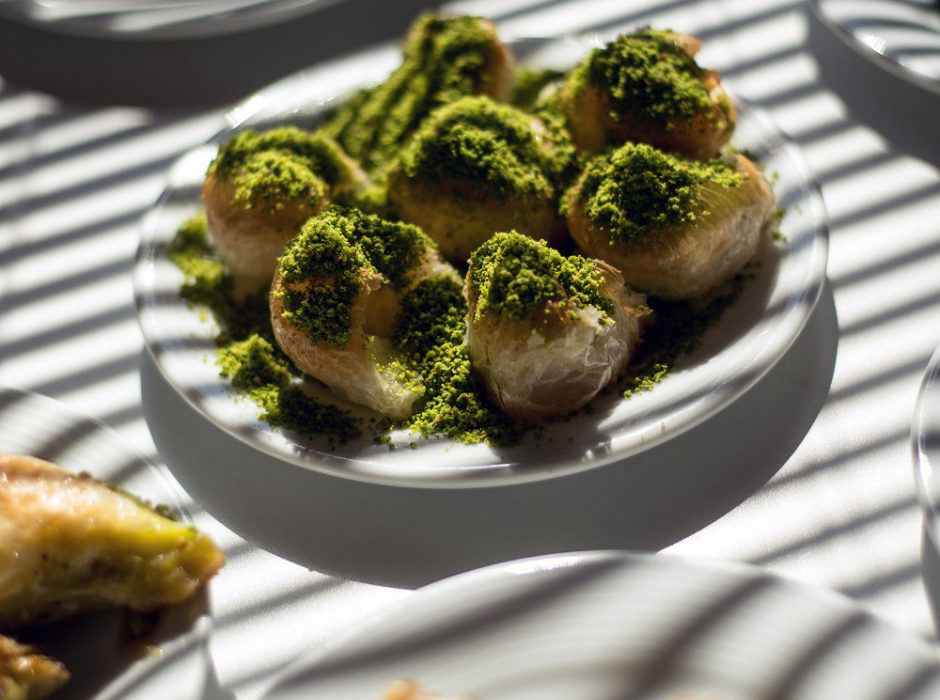 Dubbed “Turkish pizza,” pide is flatbread baked in a wood-fired oven. It comes with a variety of meaty toppings: sucuk(Turkish sausage), pastrami, and minced (kıyma) or chopped (kuşbaşı) lamb meat are popular offerings. Cheese and veggies are also utilized. There are restaurants completely dedicated to this dish, and in most of them the cook will break an egg on top of your pide when they take it out the oven, which keeps everything super succulent.

Lahmacun is a simpler version, just a thin piece of dough covered with mincemeat and herbs. Other flour-based baked dishes include börek, baklava’s savory cousin; and gözleme, hand-rolled dough stuffed with cheese, spinach, or meat, then cooked over a griddle — and best consumed after a swim at the beach. 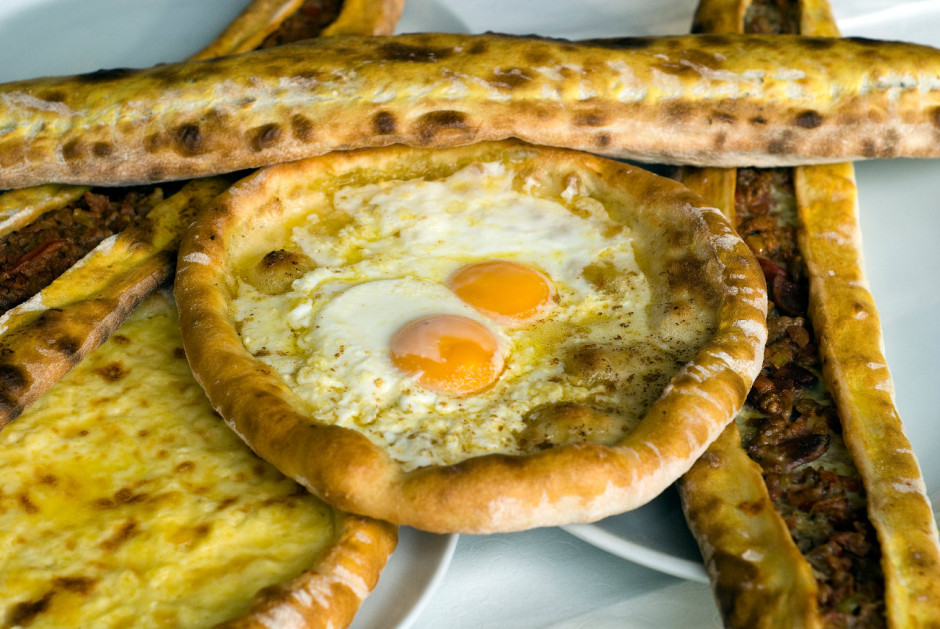 That tub of Nutella on your breakfast table probably started life in an orchard in the Black Sea provinces of Giresun or Ordu — Turkey accounts for 75% of the global hazelnut crop. It also ranks among the world’s top five producers of a slew of other goodies, according to the UN Food and Agriculture Organization: figs, cherries, strawberries, peaches, melons, watermelons, mandarin oranges, apples, chestnuts, walnuts, pistachios, olives, lentils, chickpeas, green beans, peppers, tomatoes, cucumbers, eggplant, beets, and honey. Dig in! 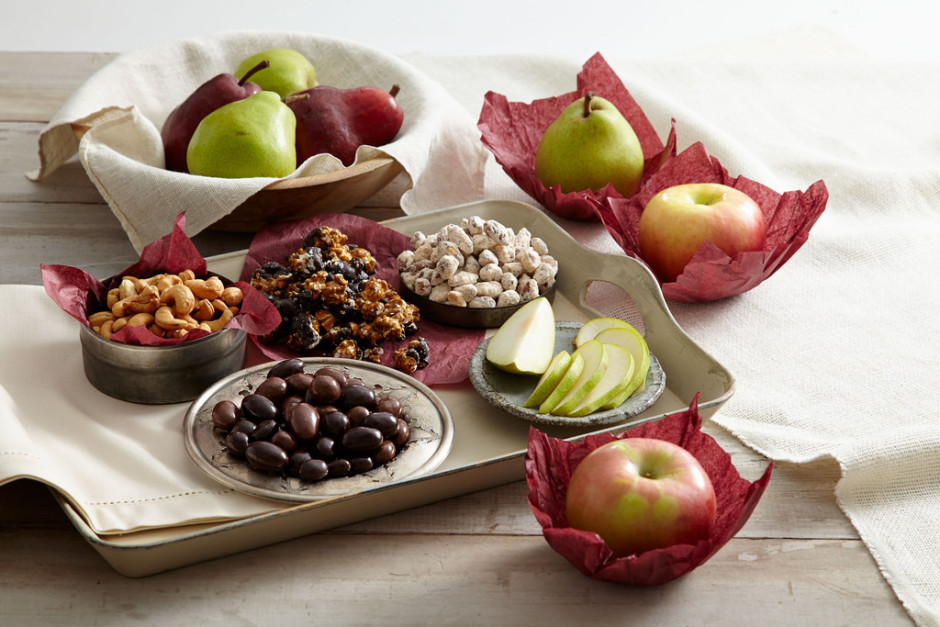 Mantı might remind you of ravioli at first sight, but the traditional Turkish dish is completely unique in taste and texture. Small beef or lamb dumplings are boiled or fried and served with yogurt or butter, and often accompanied with a range of spices. 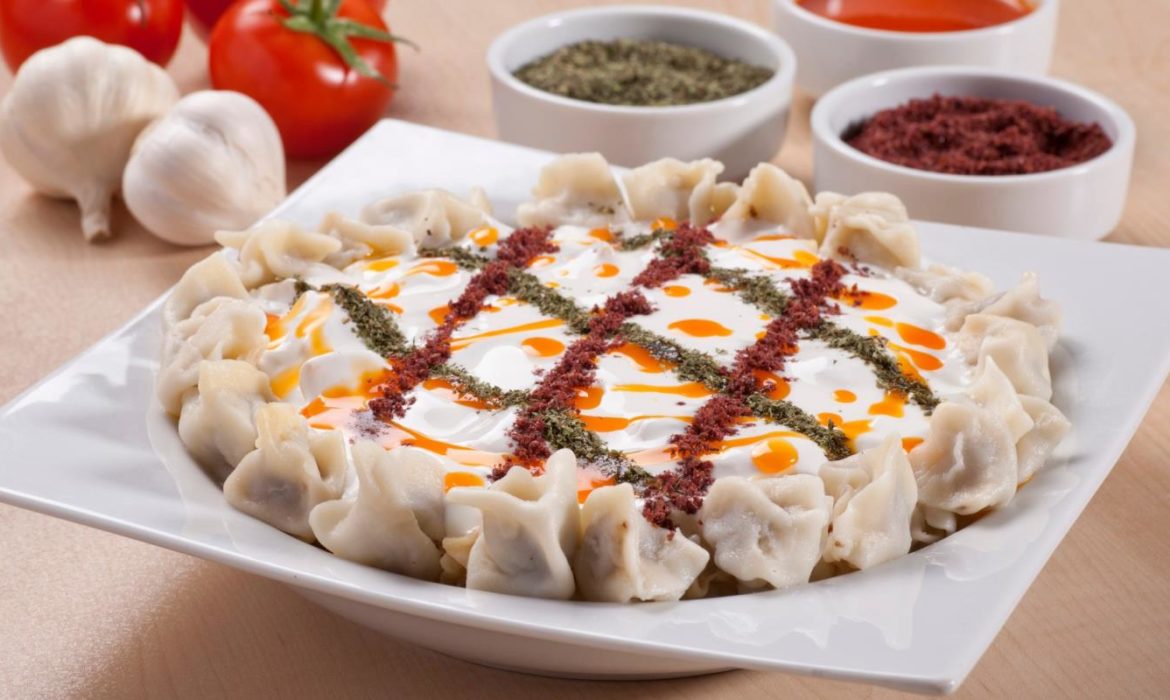 This flat and crispy bread is traditionally topped with minced meat, salad, and lemon juice (thought the above is a beetroot vegan option!), and can be wrapped, folded in half, or pulled apart to eat.

Cheap and available on any street corner, it’s the perfect light lunch or snack while touring. 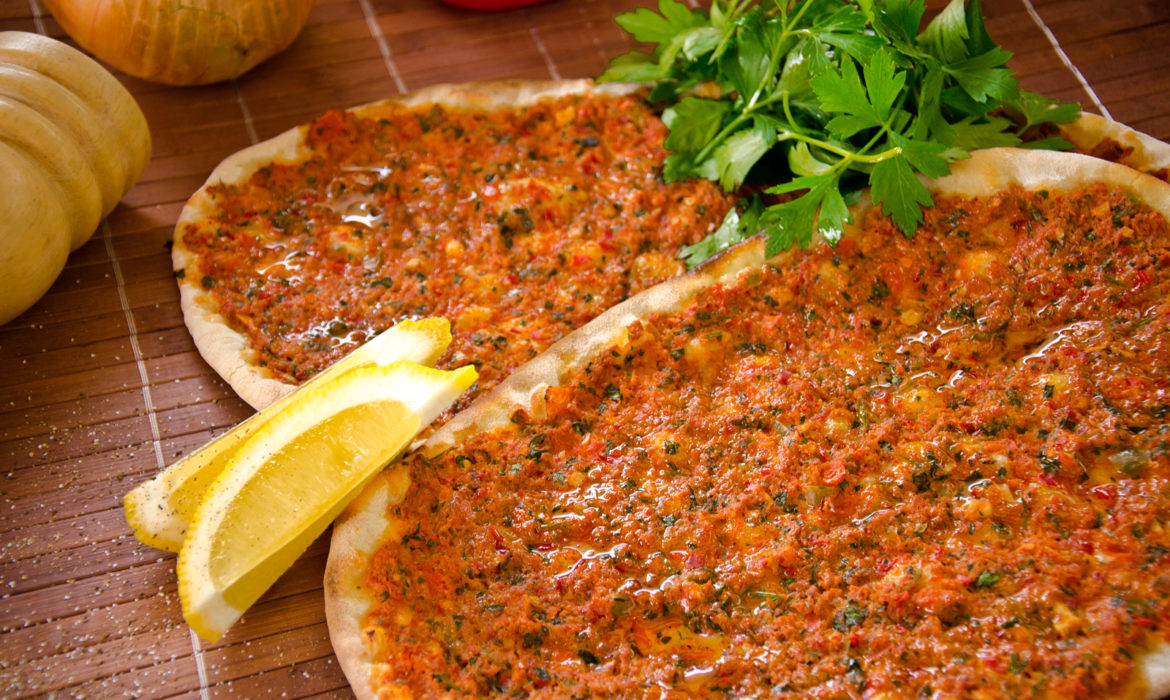 Lokum, or Turkish Delight, is a nougaty dessert served with a variety of flavours and fillings and often topped with powdered sugar. It’s always best fresh, as pre-packaged versions tend to go too light on the fillings and too heavy on the sugar, drying it out. 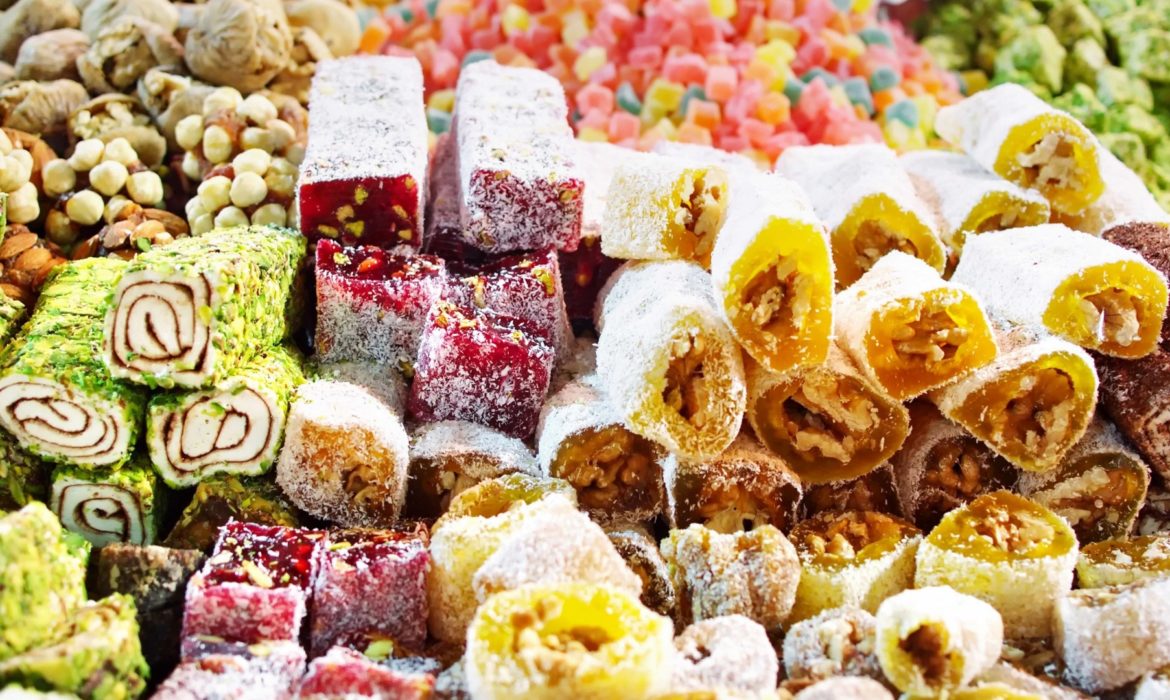 Döner is a typical slow cooked meat sandwich, made with chicken, lamb, or beef and served with vegetables, spices, and garlic yogurt. Döner is usually available from takeaways, but don’t be fooled, it’s exponentially tastier than McDonalds.

Get all news to your email quick and easy.

Get all latest content a few times a month!